Character favorites are back at WDW!

One of the most rewarding parts of the steady return of live entertainment to Walt Disney World Resort has been watching guests create special moments with their Disney character friends once more. Whether it be a wave in a parade, a family photo or a warm embrace, these encounters bring even more magic to each visit. That’s why we can’t wait to share what’s next for new and returning characters as we continue The World’s Most Magical Celebration!

Let’s kick things off with some exciting news for Magic Kingdom Park. We may not talk about Bruno, but we can definitely talk about Mirabel making her debut in the “Disney Adventure Friends Cavalcade” on June 26! The young hero from Walt Disney Animation Studios’ hit film “Encanto” will join Miguel from “Coco,” Nick and Judy from “Zootopia,” Max Goof, Moana and more as this super-sized cavalcade winds through the park several times each day.

Looking ahead to July, the always iconic Minnie Mouse will join Mickey Mouse starting on July 6 in Town Square Theater at Magic Kingdom Park. Both will be ready for hugs and photos in their EARidescent fashions designed specifically for the Walt Disney World 50th Anniversary celebration!

July 6 also marks the return of Chip ‘N Dale’s Campfire Sing-A-Long at Disney’s Fort Wilderness Resort & Campground, where guests can join the nutty friends for a campfire celebration followed by a classic Disney movie under the stars. Then, on July 10, familiar Fantasyland friends Peter Pan and Snow White will greet guests at Magic Kingdom Park once again.

And those are just the next few weeks! More fun, hugs and memories are on the horizon. In the coming months, a visit to Magic Kingdom Park will bring chances to meet Aladdin, Jasmine, Merida, Pooh, Tigger and Storybook Circus pals like The Great Goofini in Pete’s Silly Sideshow. Guests’ favorite toys will be ready for playtime in Toy Story Land at Disney’s Hollywood Studios, and Donald Duck and friends will rejoin their prehistoric party at “Donald’s Dino-Bash!” in DinoLand U.S.A. at Disney’s Animal Kingdom Theme Park.

Are you ready to start planning your Walt Disney World vacation?  Send us an email or fill out our Vacation Inquiry form today! 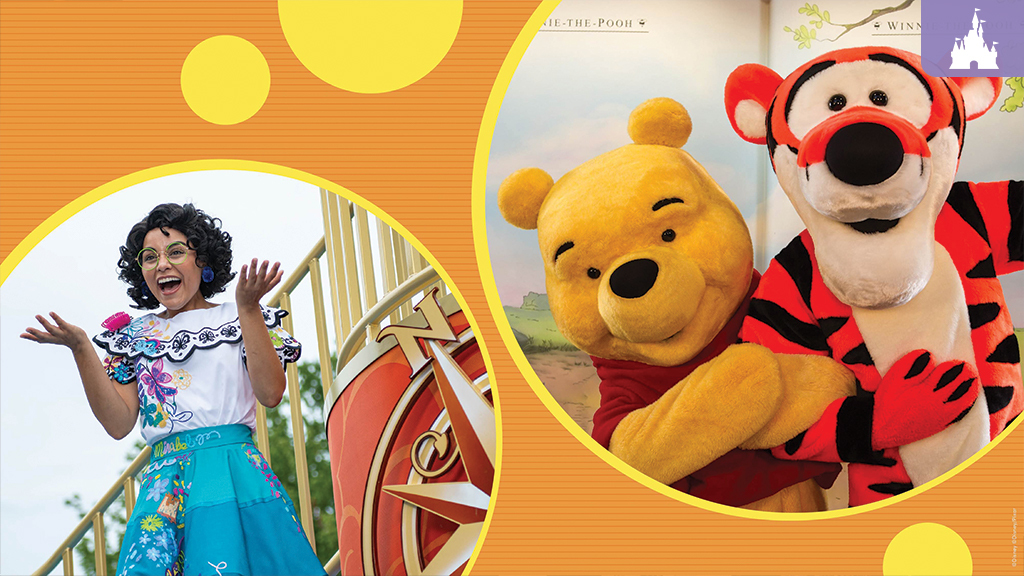